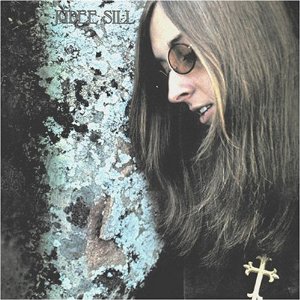 Proof that great Christian Music can be created outside of classical conservatories and the palaces of Europe.

Looking at the photographs of her on her albums, I thought Judee Sill was a hippy nerd.  Her clothes are tomboyish, practical, and modest.  Most notable, on the cover of her first album, is the gold fleur-de-lis Christian cross poised on her shoulder beneath her long straight brown hair.  In her second album, we see her in a black-and-red striped knit top and blue jean jacket, holding a baton, wearing headphones, conducting an ensemble in the studio.  She stares expectantly innocently through rose-tinted wire frames.

The arrangements, instrumentalisations, and decorative polyphony are derived from classical music, but her singing is sweet and simple, unadorned, even plain.  She sometimes affects a country-western drawl.  Every song evokes feelings of peace and hope and grace and, sometimes, fulfillment.  All the time I played her on the radio – and I played her often – I thought she was an intellectual Christian square who wrote profoundly disturbing poems and baroque country-western folk music.  All I knew was her music and the album art.  She was great.  What more was there to know?

How could I have been unaware of the heartbreaking tumult of her life, her adolescent escape from parental abuse, her time in reform school for armed robbery, her drug-dealing friends and her psychedelic dereliction, her descent into smack and prostitution, her imprisonment for narcotics and forgery, the devastating demise of her brother while she was incarcerated, and her rotten death from an overdose.  When did she have the time to become such a fantastic musician?

But now, looking at her songs in the context of her life, the waywardness is the unarticulated subtext of all her songs.  She does not dwell on her life’s grief, but rather the redemption therefrom.  Being so far from god, being so sullied and low, who can bring you back, who can redeem you, but that noble distant magical savior.

Take this song, “Crayon Angels,” for example.  There are only four instruments in this song:  Judee’s voice, Judee’s guitar, an oboe, and, at the end, a shaker.  Her loping finger picking opens the song, and the oboe whines a simple tune.  And then she sings the story, just her and her guitar, but for a few interpretive fills on the oboe.

Crayon Angel songs are slightly out of tune
But I’m sure I’m not to blame.
Nothin’s happened but I think it will soon,
So I sit here waitin’ for God and a train,
To the Astral plane.

Crayon angels are divine guardians that never materialize.  They do not appear when you need them the most.  The shaker adds strange quiet drama to the end of the song.

Phony prophets stole the only light I knew,
And the darkness softly screamed.
Holy visions disappeared from my view,
But the angels come back and laugh in my dreams,
I wonder what it means.

If Judee ever found the “truth and a ride,/To the other side” that she seeks in this song, it was through her particular Jesus.  Judee’s Jesus is a mystical cowboy, a bandit, a heartbreaker, who loves her and then flies away to go fight evil in a rapture-drenched world.  He is not in this world, he never touches the ground, and yet she sings about hitching a ride with him some day.  Unlike the ineffectual crayon angels, this cowboy is the only one who ever came through for her.  For Judee, the one truth that survives in all the emptiness is what her man has to say about love.  “Have you met my man on love?”

I discuss the Commandment of Love elsewhere in these writings.

Back to the Night, Christian, Jesus, Joan Armatrading, love, religious 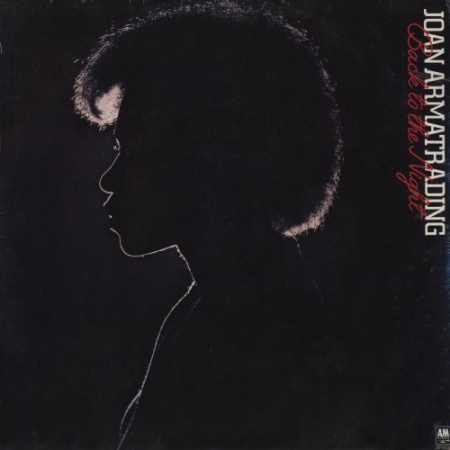 She is so strong, she can be completely vulnerable.  Some of her songs, like this one, “Dry Land,” make me weep without tears.  She is rough and imposing and yet tells such wondrous tales of the heart.

Never has there been another song that describes a yearning for true love with such piercing beauty.  The song turns on the metaphor of being long away to sea.  She craves peace and calm in the object of her love.  Her singing aches with desire.  She asks to touch the soul of another.  But, surprisingly she says, “maybe” she will bring a gift of love.  There is, even in this deep passion, a hint of reticence.  And this guardedness is of a piece with the remainder of this album in which she talks to or sings about another person, who in two instances is named Jesus, and she has been rebuffed more than once and is clearly wary of reaching out.

From one song to the next, from one album to the next, Joan Armatrading explores great diversity of style and arrangements that range from her solo guitar or piano to an ensemble that seems to embrace all humanity.  At times her voice is deep, almost growling, and then she quavers high and pure.  While the songs speak of a spiritual longing, they arouse numinous understanding in those of us lucky enough to listen.

It is possible to interpret this album, Back to the Night, as an allegory for a Christian spiritual journey.  But I think this album is response to a troubled relationship or unrequited longing.  The religious yearning she invokes is, I think, metaphorical.  Yet I feel she is calling us all, as privileged companions on her quest to understand the true nature of human love.