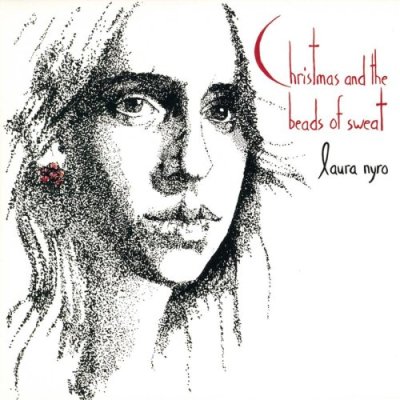 Laura Nyro was a child prodigy.  She released her first album, More Than a New Discovery, in 1966 when she was 19 years old.  It included “Blowing Away” and “Wedding Bell Blues” that were hits for the Fifth Dimension, “And When I Die” that was a hit for Peter, Paul & Mary and Blood, Sweat & Tears, and “Stoney End” and “Flim Flam Man” that were hits for Barbra Streisand.

When she was 21 she ripped open the pop music world with Eli and the Thirteenth Confession, a secular revivalist R&B operatic Philly-soul tinpan tour de force.  She released an album a year – New York Tendaberry, Christmas and the Beads of Sweat, Gonna Take a Miracle – each one a masterwork, until her brief retirement from the music business at the age of 24.

This is “Been On A Train,” from Christmas and the Beads of Sweat.  Just Laura and her piano.  It is a conversation between her and a junkie. I think of great dialogues in literature in which the conversants represent abstractions:  Emily Dickinson’s “Death is a Dialogue Between.”  Sylvia Plath’s “Dialogue Between Ghost And Priest.”  And especially, Fyodor Dostoevsky’s “Grand Inquisitor,” because, even though Jesus does none of the talking, the Inquisitor undermines his argument with his own words, as does the junkie in Nyro’s song.

In many such dialogues, the dispute is really between the urgings within a single soul.  Nyro is the one who is addicted to smack, or whatever addiction is metaphorically implicated:

The piano is sparse, forlorn, and then relentless, banging.  She says to a junkie, the embodiment of her addiction:

You got no guts, no gospel
and you got no brain
He said, “I got just one thing
gonna soothe my pain”

She damns him and drags him out of the door and vows she “won’t go north no more.”

Her wailing assaulting voice, she is breathy, airy, stark.  She has won, she has defeated her junkie, but the feeling in the music is joyless, desolate.