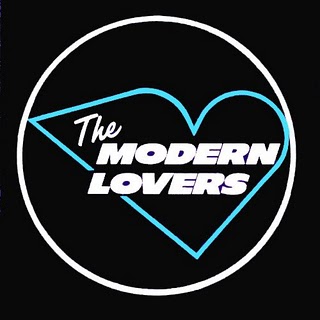 I have a large collection of rock’n’roll buttons.  My favorite says “Make Jonathan Richman an important part of your life.”  He is too.  How can I explain songs like “Abdul and Cleopatra” or “Ice Cream Man”?  He is absolutely silly and corny.  He will never be understood by those who forget that stadium concerts with flashpots and speaker towers and security guards all have their origins in garages and basements.  Those without a sense of humor will never see through his timid twanging of simple Chuck Berry riffs.  Moreover, he has written some of the greatest children’s songs of all time.

His strange sentimental gentle rock’n’roll show at Buff State around 1978 will never be forgotten by those lucky enough to attend.  He played in a small hall or large classroom and kept telling the sound guy to turn down the sound, finally telling him, sweetly, to just turn the whole PA off.  As I recall, the drummer played only a snare and a tiny peddle drum.

Jonathan Richman’s importance to the history of rock’n’roll cannot be minimized.  His incredible song “Roadrunner” on the Beserkley Chartbusters compilation album was one of the four harbingers of punk in 1976, along with the first album by the Ramones, the first Dictators album, and the great compilation, A Bunch of Stiff Records, from England, which gave us the first taste of new sounds by Elvis Costello, Wreckless Eric, Motorhead, Dave Edmunds, Graham Parker, and Nick Lowe.

At the moment, I am listening to Jonathan Richman performing “Pablo Picasso,” a song at once is sly, humorous, and, like so much of his music, childlike.