Listen to this is a prancing song in 5/4 time called “Saturday” by a British group named Decameron.

When they close up the market
and all the stalls come down
and the young men in their pickups
come in from all the country round
and they wind down the windows
and shout things at the girls
just because it’s Saturday.

This is a magic song in the middle of a forgotten album buried in the budget bins of the import section of a store that was going out of business.  Anyone who reads Giovanni Boccaccio (who lived from 1313 to 1375 and who wrote the 100 little tales compiled as The Decameron) can’t be anything but great. 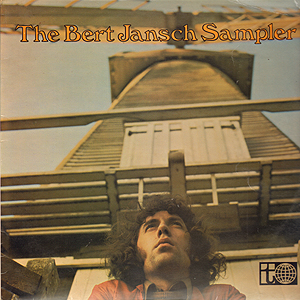 Anyone who had anything to do with Pentangle is a member of the Divine Host.  This is a traditional tune, “Nottamun Town,” rendered otherworldly with Bert Jansch’s mystical guitar work.  Bert uses a drop D tuning and his intricate finger picking bites out notes from his steel strings like a shower of sparks.

I cannot say exactly what happens in this song.  The liner notes speculate that this song has “a high sexual content.”  Well, I can construe that.  But this is also a riddle song, like “Scarborough Fair” or “I Gave My Love a Cherry,” that sets up a series of impossibilities and contradictions.  I wonder if the medieval minstrel who devised this rhyme was presciently expressing existential ennui centuries before Jean Paul Sartre wrote “Everything has been figured out, except how to live.”

The protagonist begins “[i]n fair Nottamun town,” seeking someone who will show him the “the way to fair Nottamun town.”  He is where he wants to be and doesn’t know it.  His horse stands still and throws him to the dirt.  He caused his own fall, the horse could not have done it.

But the song seems to turn into a ghost story, as he encounters a King and Queen and their company, and a stark naked drummer “with his heels in his bosom.”  “Heel” can be the last or lowermost part of any object; can these be a description of the desolation of the drummer’s heart?  They laugh and yet not one looks gay, they talk and not a word is said.  They prefigure the worldly emptiness of “Sounds of Silence.”

In the end he is left sitting totally alone on “hot cold frozen stone,” with ten thousand people around him, “Ten thousand got drownded that never was born.”  Indeed, a pointless life is little different than one never born.

In any case, Bert Jansch’s vibratoless dry voice is a perfect vehicle for this song’s mystery.